Anushka’s body sculpting programs are the most effective non-invasive treatments to improve body shape. Embark on an individualized, 360-degree beautification journey and undergo a total body metamorphosis with Anushka herself.

BOOK A TREATMENT
CALL OUR CONCIERGE 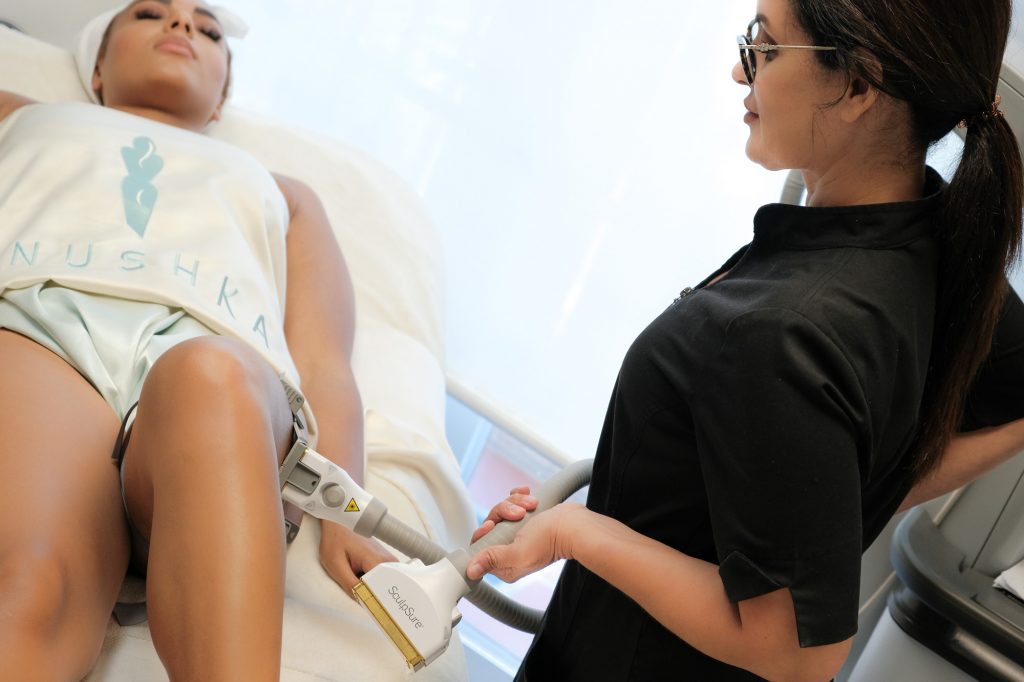 QWO is the first and only FDA-approved injectable for moderate to severe cellulite in the buttocks of adults. The enzymes in QWO—called collagenases— target the structural cause of cellulite under the skin. QWO works in 3 ways: releasing fibrous bands, redistributing fat cells, and stimulating the growth of new collagen — all of which results in a smoother, more dimple-free area. Visible results may be achieved in 10 weeks.

Viora Reaction™ is a cutting edge, bipolar multiple radiofrequency device for cellulite reduction. The treatment helps reduce body circumference and tightening skin. It is the only system to incorporate three distinct frequency variables to offer a visible reduction in stretch marks and scarring.

SculpSure is a laser-based, non-invasive treatment that’s used to target and reduce or eliminate fat. It works for both men and women and on a variety of body types. One procedure takes an average of 25 minutes and can target multiple areas at once.

A European technology, the TAS simultaneously provides a unique triple-action cellulite treatment with ultrasound, subcutaneous endomassage and intermittent pressure for the thighs, torso and derriere. This helps to stimulate collagen and increase lymphatic flow and blood circulation while improving the skins elasticity, texture and tone....$146 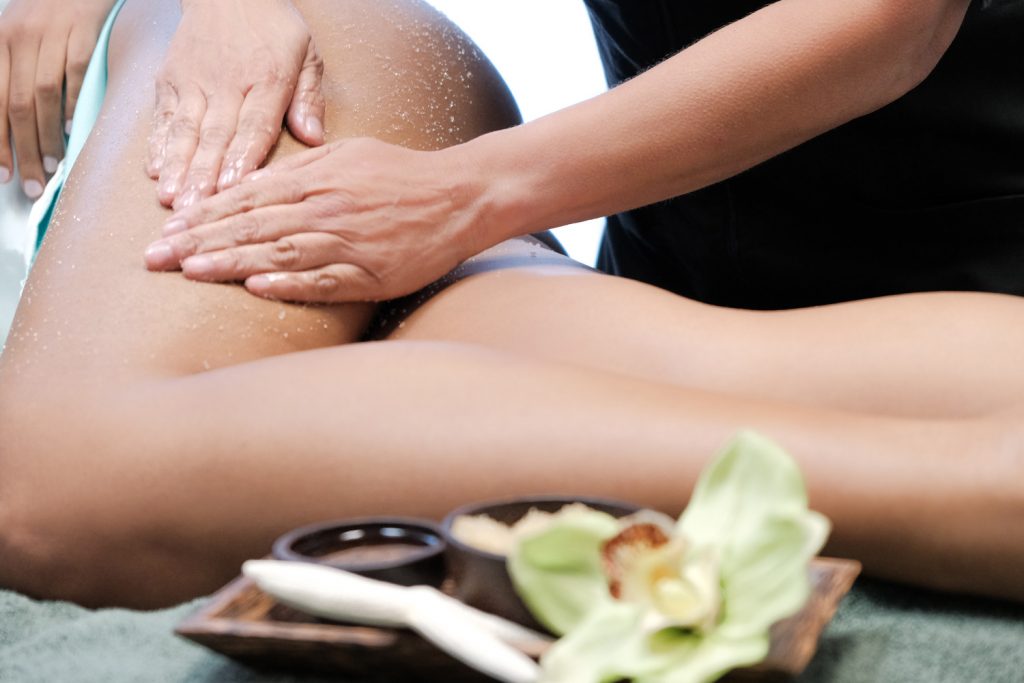 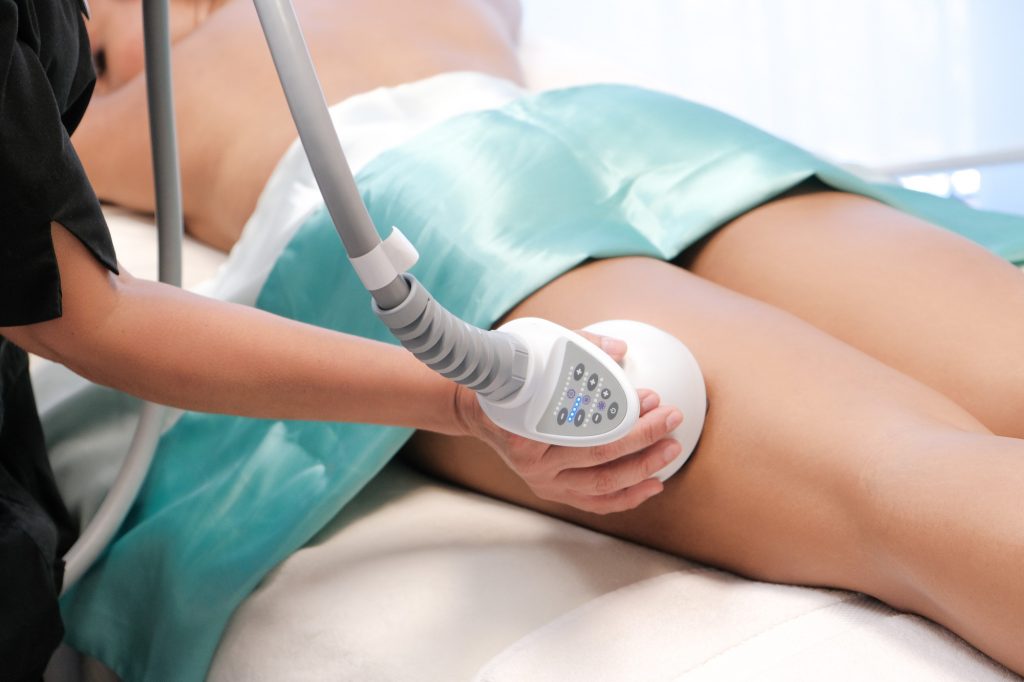 A high-tech body sleeve that extends from waist to toes, inflating and deflating with precision, and adapting to each individual’s body. The pneumatic compression promotes lymphatic drainage and microcirculation, helping to release metabolic waste and water retention from the body....$115

This spa ½ hour treatment targets the cellulite prone zones in your legs. Our skilled masseuses delve deep into the subcutaneous tissue layers in the thighs and bottom to help break up stored fats and improve drainage, which aids in improving the appearance of cellulite....$61 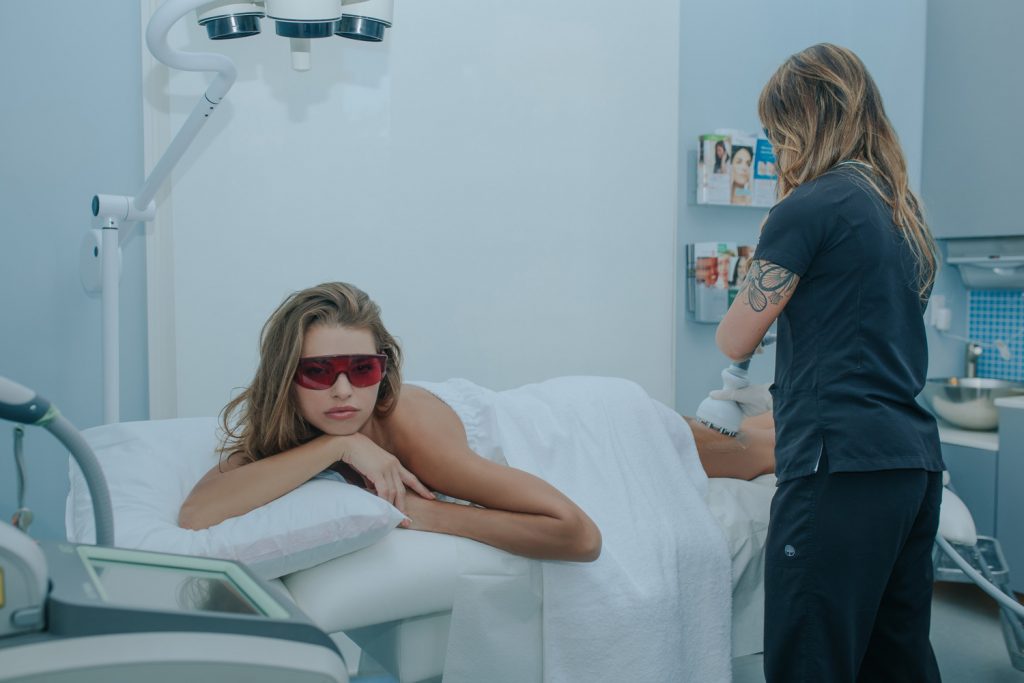 Anushka’s cornerstone program, “The 5-week Intensive Body Boot Camp” is a combination of 10 treatments, encompassing multiple modalities of cutting-edge technology including individually tailored lifestyle regimens and carefully formulated products, which target the “Cellulite Prone Zone”. This program is the most effective treatment at the Anushka Cellulite Clinic. You are individually guided through a holistic, customized program including a lifestyle consultation, nutritional guidance, menus, exercise routines & specially formulated cellulite products, developed by the Anushka beauty labs, promising a prescription for results!

For over 45 years, Anushka has specialized in body contouring treatments. As one of the pioneers of the anti-cellulite movement, nearly no other person, or establishment, has as much experience and expertise in the body sculpting arena. 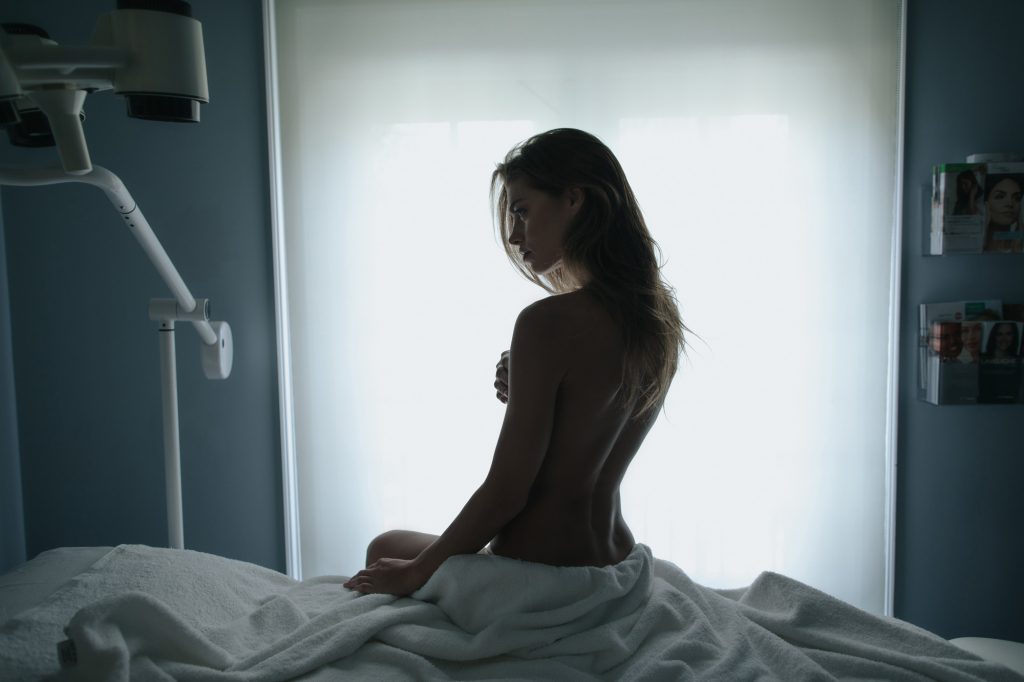 The Anushka Spa & Cellulite Clinic was founded in New York City in 1974 for one reason: to battle cellulite. 80%-90% of women have cellulite problems, and the goal of our clinic is to help women live a cellulite-free lifestyle. At the time, little was known about non-invasive body contouring technologies, and creams had not yet been invented. Anushka changed all that.

What started as a “war on cellulite” transformed into a whole-body wellness institute perched prominently on New York’s trend-setting Park Avenue. “The Anushka Petite Salon”, as it was called, instantly became the center of body contouring for women and men who struggled with achieving similar results through diet and exercise alone.

Through the decades, Anushka herself has traversed the world to gather information from the leaders in whole-body health, from the iconic spas of the rocky Italian coast to far-east wellness gurus. During that time, the institute continued to offer clients the most cutting-edge treatments through evolving, highly sought after equipment. Anushka developed many formulations of her now famous cellulite serums and provided insight to every major beauty authority.

Anushka has been named “The Anti-Cellulite Maven” by W Magazine, and “The Cellulite Exorcist Extraordinaire” by Vogue. Her program has been covered in Allure, Cosmo & Harper’s Bazaar as well as featured on The Today Show and Good Morning America, to name a few. Anushka has worked with top models and celebrities to reach their body goals, and continues to bring her holistic approach to men and women of the Palm Beaches.

After over 45 years in the industry, there is no other expert more versed on how to transform the body. Individual body contouring consultations at Anushka are always complimentary. To begin your whole-body-beauty with Anushka, give us a call at 561-820-0500. 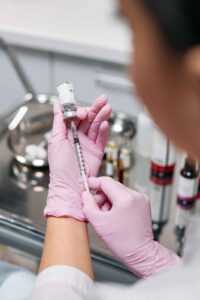 Everything You Need To Know About Juvederm Dermal Fillers

If you’ve ever looked into any type of facial filler before, you’ve likely come across

Look Rested with Restylane—at Any Age

From Degeneration to De-Aging By Dr. Bonnie Marting, DNP, APRN Unless you are a photographer,